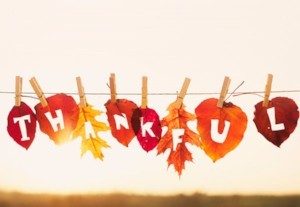 Happy Thanksgiving everyone!!  What a great day to reflect and give thanks for all we have and to be alive!!  This year’s annual Thanksgiving Day blog will be shorter on fluff and longer on real TACTICS!!  Wow, what a preview.

Will the Lions win?  Will the Cowboys lose?  How many times will they show me Jerry Jones in his private suite?   Will you eat too much?

This year I decided we need to get down to business.  I have 5 SURE FIRE tactics for you to improve your days, life, productivity, outlook, and perspective.  Get your calendar ready cause here we go.

That’s all. Five very easy things to do and incorporate into your routine to be more productive and happier tomorrow than you were yesterday. 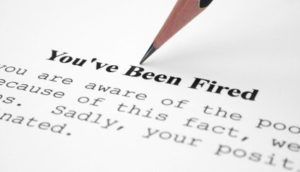 This past week in the news Capital One put out a press release, announcing they are shutting down the mortgage division of their company because “it’s too competitive”.  That’s literally what the leadership said.  It’s too competitive.  Wowza.

So I took a step back and sort of thought about that.  I can’t imagine telling my team that I just decided we’re done ’cause it’s “too tough”.

There’s a lot of risk when starting any company or a new division to a company. There are a lot of challenges involved, responsibilities to people, their families and the team in general.  For me, it was a lifelong goal to have my own business and focus more on the client experience and deliver on a promise of something better than all the “me too” mortgage nonsense going on in the world.  It was so glaringly obvious that the consumer needed a company that was focused on them. So that conversation turned into a dozen people……. and a year later we started to pick up some steam. We’re still growing at Hall Financial and that’s a big endeavor each and every day.  As we continued to grow our business we have had to make choices.  One of our early big decisions was do we stay small or do we expand?

It might be my name on the front door, but it’s far from just me making the decisions.  In fact it’s a highly collaborative effort amongst the team.

I like to build consensus and make decisions as a team.

Back to Capital One………1100 people lost their jobs. That’s a big deal.  And the leaders told the world it’s because they thought it was too hard.  You would think they might say something like, “It makes more sense for the company as a whole if we focus on our previous endeavors and will be relocating these employees to the credit card division because we value them.”  But they didn’t.  In fact it wasn’t even close to that.  Sort of a head scratcher.

I think leadership has a lot to do with a willingness to do what’s tough when things get tough.  And more importantly…….. keeping a keen focus on developing people to see them hit their “ceiling”.  So they can develop into their “best self”.  I’m pretty sure that’s not how Capital One thinks about the world.

Man, the credit card business must be a lot easier than I thought.

I am asking former Capital One employees to reach out to me.  I want to hear more about this story.  And if you also have an “unusual ambition and hunger to succeed” (our saying at Hall Financial) then we want to hire you so you can join us in our mission to become really great.  Even if it is hard.

So which type of leader are you?  Or do you want to work for?

Have a great Sunday.