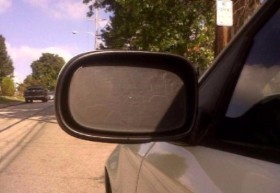 I hear a lot of people talking about what they used to do and referring to their past.  A lot.  It makes me wonder why people don’t focus or talk as much about the future as they do about the past.

I’m not saying to forget about how you got here and forgot all the great memories and milestones of your life. I’m simply saying there’s more ahead!   Lots more.  Your past, your experiences and your choices all brought you to where you are today.  But I hear a lot of people dwelling on the past.  Your “best days are ahead” if you choose to live and think that way.

I remember when I was in my early-mid 20’s (a few years back) and my buddies would talk a lot about the “glory days” of high school.  Why all the focus on the past?  Even today I hear old friends talk about “the good ole’ days” from 10 or 20 years ago.  Are the glory days in your past or in your future…….

Personally I aspire to live my life with an approach that my “best days” are ahead of me.  And from now on, I am re-affirming my commitment to myself to focus 99% of my mental energy on the present, not the past. I heard a Ted Talk a while back that resonated with me and the best line of the whole thing aside from the kickass message, was “Live with your future self in mind.”  Every decision you make, every time you find yourself at a crossroad, every approach and response to situations in life… live with your future self in mind.  Everything we do shapes our future.

Let’s learn from the past, appreciate that it got you to where you are today, and molded who you are today…but try to spend 100 percent (not 99) of our time talking about today and the future.

Our best day is today.  The only thing that could be better than today is tomorrow.  And that isn’t always guaranteed.

What the hell is wrong with people?  I mean really.  We have kids (KIDS!) playing a game. And here we have adults threatening to kill referees?  I often tell people that there is very little in life you should be “embarrassed about”.  You hit a bad golf shot, who cares.  You called a girl the wrong name on the 2nd date, it happens.  Your potluck didn’t taste very good at the company party, such is life.  Then we look at these Kentucky folks, and it takes embarrassment to a whole new level.

I bet I’m killing you with anticipation and questions, so let’s get into it. Let’s give this story some context on just how bad it is and why I’m so outraged.
First, let’s recall a few other similar stories…

I’ll never forgive the city of Chicago for the deplorable and disgusting behavior towards Steve Bartman when he tried to catch a ball and the city blamed the Cubs’ loss on him.

How about the Boston fans that vilified Bill Buckner when he made an error?  That’s right, he made an error.  And many of the sick lunatics of the general public made it out to seem as if he had committed a felony.  Classy Boston fans at their finest!

But just when I thought that Boston and Chicago had topped the charts with ridiculously silly fans (not all, just those of you that participated in the madness) here comes the worst of them all.   Kentucky “fans”.  And I put it in quotes ‘cause these people need to get a grip. We have kids playing a game they love and these “fans” didn’t like the calls made by the refs.  So what do they do? Threaten to kill referees?  And ruin their businesses?  Seems normal.

Sick, sick, sick people.  Really.  Get a grip and grow up.

And what’s this all about?  It’s all about a frickin’ game.  A game.  Not life or death.  Not my friend with cancer.  Nobody committed a heinous crime against them.  We’re simply talking about a game!

I think if they find the people that are doing this, they should haul their parents into a court or jurisdiction of some sort, and tell them they did a really poor job raising their children…and make them promise to never have any more.  Because if my future children act like this, it will be the low point of my life and I will have failed.

Read on and try to internalize how crazy this is.  I mean this is really, really crazy that grown people act like this.  This 21st century mob mentality social media insanity is for lunatics and we need to realize this is not how we should conduct ourselves as human beings.  If we were animals, maybe.  And I mean maybe.

Let’s get a hold of ourselves people.  These are games played by kids.  Let’s lead by example for a better future, not be an embarrassment to the human race.

Hundreds of Kentucky fans’ threats against ref under investigation-
http://www.thescore.com/news/1272766

Interestingly, I also came across this article that made me think there is hope for humanity!!
http://www.mercurynews.com/2017/04/05/leadership-habits-a-priority-at-sunnyvale-elementary-school/