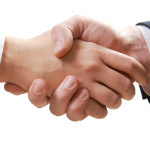 Ever since the fallout of the Miss Universe pageant and Steve Harvey naming the wrong winner, the internet and morning talk have loved this story.  It’s like a guy stumbling around the bar drunk and misguided……it’s hard not to watch.

But above all in this story seems to be one central theme……people that know Steve Harvey, are letting us know what a great guy he is.  So many people are defending him and this as “an honest mistake” and attest to his character “Steve’s a great guy”.

Which begs the question, if a jerk like Justin Bieber did this, would this not be an honest mistake?  Of course it would.  No one wants to announce the wrong name of the winner of a contest.

And therein lies the lesson.  Treat people well and it will come back to you.  My guess is that in the next 3-9 months Steve Harvey will be hailed as a hero/comeback story from someone that did something great after “overcoming adversity”.

Next time you see someone who treats people great vs. someone who doesn’t, think about how supportive other people will, or will not be in their moment of need.  Sort of makes your decision on what to do today when someone bothers you, cuts you off on the road, takes your place in line at Starbucks, or whatever crazy thing happens to you today……….an easy one. 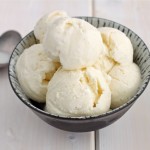 Happy Holidays……tonight’s installment is a piece on “awareness of the people that make up your team” that we often don’t act on or take as serious as we should.  It will be brief and insightful (I hope).

If you are in the business of growing your business, you inevitably have a team dynamic.  You have people working together toward a common cause and those team dynamics are typically very important.

This week’s advice as you think about your team for 2016 is simple…..REMOVE THE PART OF THE TEAM THAT ISN’T HELPING THE TEAM OR CONTRIBUTING TO ELEVATING THE TEAM TO A HIGHER LEVEL.

We get so caught up in “coaching people up” and “making it work” that often times we miss the obvious.  Addition by subtraction.

Of course my response was “I would throw it out, I wouldn’t eat any of it, the entire bowl”.  I think you would agree……..you’d throw it down the drain right?  The entire bowl…yes sir!!

Well that’s what people that don’t want to be on the team/take coaching/get better/mis-wired are doing to your potentially BEAUTIFUL, STRONG TEAM.  Yet we angst, worry and fret over telling them to find a new opportunity.  We worry what HR will say.  We worry about “how they will feel” and we put it off and put it off and ignore the problem.   We lie to ourselves.  Why?  To avoid the smallest and most insignificant pain that is caused by someone that doesn’t want to be there being let go.  It’s total insanity.

One person can hold back your entire team.  Make the decision today to move them out in January and then execute on it.

You wouldn’t eat around the spec of doo-doo in your ice cream would you?  Why are you asking your team to do it? 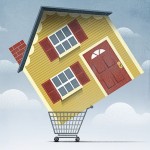 –Invest in yourself as a method of building credit to buy a house. Ideally, have an amount deducted automatically from your paycheck that goes directly to your bank account…a separate account that is for house savings.  Don’t touch it.

–Make all of your payments on time.  Never ever miss making the minimum payment.

–Check your credit report today so if there are any inaccuracies you can fix them in time.  It’s not a quick turnaround often.

–Know exactly how much you need to put down based on your credit score.

–Understand the payments you are going to be making thoroughly and don’t forget to include Taxes, Homeowners insurance and Mortgage Insurance if you aren’t putting 20% down.

3. “Didn’t you read the email/memo about that?”

o Most people glance over emails and memos. If you send something important out,              follow up with the people that need to really know/understand it and ensure you                   take the time to TALK to them about it. Don’t assume people understand their level            of accountability to the topic.

o Assumption that because we’ve always done something a certain way that:

III. It has anything to do with the fact that you still didn’t communicate on it great.

5. “There was a lot of time to prepare for this/get this done, so I didn’t have the chance to let everyone know/explain it further, etc.”

6. “There have been meetings about this with____. I figured it was covered or you knew.”

o Shame on you for not including the appropriate people in the meeting/discussion.                Again you’re relying on OTHER people to do what you are responsible for. And by              nature, remember, people aren’t great communicators, so what makes you think                everyone is going to follow up with other people on your behalf?

o Maybe you did, but it wasn’t clear.

o Do it now, not “I meant to.” Communication is now, not later. Take ownership.

o Assumptive, horrible, sucks the life out of organizations.

What is the key to all happiness?  Wow, what a question huh? I’m sure you have multiple thoughts running through your head right now as to what I might say. Hmm, millions of dollars, a beautiful wife/husband and family, a job you love, real inner peace, making more of your short putts, or maybe a great view of the ocean to wake up to every day?  Ok, those all sound pretty good….

But none of these are what I’m thinking. The key to happiness is something you don’t have to buy, wish for, work for, or even go find…..and you get to control it.

The answer – take the hope and optimism pill every morning of your life!

Now, it’s not a real, physical pill. It’s anything you do/think/say daily FIRST THING IN THE MORNING as a reminder to be hopeful and optimistic. Then rely on it and lean back on it all day.

1. Every morning you wake up, look at a mantra you write on your mirror to remind you and start the day off strong

3. Meditate for 10 minutes to start your day and repeat positive affirmations

5. Listen to your favorite song

The possibilities of consistent good thoughts for you this week are endless. Whatever you need to do, wake up every day and tell yourself and COMMIT that you are going to be positive and optimistic all day…no matter what the day or life throws at you. You’ll be surprised how strong your mentality is and how much more positively you carry yourself.

Some days life will beat you up. You will go to bed exhausted from the day. You will get down from time to time. This is life. No one can avoid that.

But if you take this “pill” each and every morning (your personal “pill” whatever that may be)…you will become a champion at the thing that matters most. Your mind. And you will feel and see a difference in your mood, your approach and how you get through all things in life.

Try it out. Take your happy pills.

Make it a great and productive week!!